United States (US) vs Aotearoa NZ Values - Do These Correlate?

This essay was written for the benefit of the New Zealand Parliament's Foreign Affairs Defence and Trade (FADT) select committee's Trans Pacific Partnership (TPP) treaty examination process required by Parliament's Standing Orders. The paper was written for and delivered with my public evidence 28 April 2016.

As well as this paper I provided the FADT committee with a dozen papers addressing various aspects of the TPP and its implications, most to the treaty examination March/April 2016 and a few to the subsequent TPP legislation select committee hearings conducted mid 2016.

I place the essay here as it is very relevant to the consideration of the relationship between Aotearoa NZ and the United States.

The truth about the 9/11 Crime and the resulting Global War on Terror (GWOT) a global and endless war that ought be considered World War III is missing from the Official Information records. I will follow with a post about my knowledge of those issues in the near future.

Realism is what follows. Please hold in mind the fact that New Zealand is a partner to the UK/US Five Eyes or Echelon spying agreement, which makes NZ a willing and complicit partner in the multitude of International Crimes and Aggressions around our planetary home!

If you are not interested in reality and wish to maintain a fantasy view of the US mafia state (I also refer to it as the United States of Aggression), please stop reading now!


United States (US) – Aotearoa NZ Values - Do These Correlate?
Some observations from a google search.1
In the spirit of Anzac – Lest we Forget.
NZ National Interest – What is it?
I wrote the GCSB and NZSIS asking 37 questions relating to our warmaking since the events of the 11th September 2001 known as 9/11. One question that I asked the two security services, to which they provided a substantial answer, was in respect to the definition of the National Interest2;

Most people who reside in Aotearoa New Zealand are ethical or moral characters. I’ve spoken to many of your political peers and they all desire security and peace. They also want prosperity and the ability to do the best they can for their constituents. Sure there is a bit of empire building and pork-barrelling in any game that involves people with power or seeking favour – hopefully this is usually reasonably discernible (no institution is free of corruption – the trick is to ensure that the corruption is not in the fundamentals of the system) in the relatively transparent NZ political economy.
The point being that most of the politicians I meet are reasonable people. I’ve met hundreds of local government politicians and their administrations in the work I’ve undertaken in the past several years as a public advocate in relation to the TPP treaty.
A reasonable person is the entity that the Westminster system is designed to foster and relies upon for its general consent. A reasonable and genuinely liberal character is the epitome of the classically trained enlightenment age gentleman and lady. We were approaching civilisation with liberal values in the middle of the nineteenth century with the classical philosophical observations of John Stuart Mill.3 Is the relative size of the middle class a measure of civilisation? The middle class most benefit from diverse cultural offerings and the trappings of humanistic civilisation. It is the upper middle class that lead society and set the pace of change, they are the managers and professionals and academics who provide the intellectual foundations. US middle class has been losing numbers at both the top and bottom.4
This graph highlights the effect of US government policy settings over the long term: 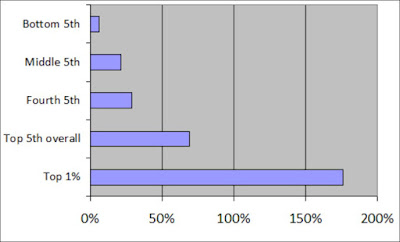 
Greg Rzesniowiecki
April 2016
1 I wrote on the GCSB and NZSIS on the 25th December 2015 seeking answers to 37 questions. The answer after a 40 day extension could be summed up as we don’t look at stuff that causes us discomfort. You can have the answers see attached letter from the GCSB and NZSIS dated 12 April 2016. (Note 29 Jan 2018 - dropbox link to the GCSB and NZSIS answers here:  https://www.dropbox.com/s/t50e1u35uk3q4nk/2016-04-12-OIA%20Request-Greg%20Rzesniowiecki-Response.pdf?dl=0  I have since followed up with more OIA requests on similar matters, see blogpost from Dec 22 2016:  http://values-compasspointsinaposttruthworld.blogspot.co.nz/2016/12/working-on-open-egalitarian-and.html more soon)
2 Image capture from above letter.
3 http://plato.stanford.edu/entries/mill/
4 http://www.pewresearch.org/fact-tank/2015/12/14/americas-middle-class-is-shrinking-so-whos-leaving-it/ and the Wikipedia on US Middle-class is informative about trends: https://en.wikipedia.org/wiki/American_middle_class which says in conclusion:
After the financial crisis of 2007–08, inequality has further increase. As William Lazonick puts it:
"Five years after the official end of the Great Recession, corporate profits are high, and the stock markets are booming. Yet most Americans are not sharing in the recovery. While the top 0.1% of income recipients – which include most of the highest-ranking corporate executives – reap almost all the income gains, good jobs keep disappearing, and new employment opportunities tend to be insecure and underpaid."
5 http://www.cbpp.org/research/new-cbo-data-show-income-inequality-continues-to-widen
6 Schwarz, Benjamin C.: ‘The arcana of empire and the dilemma of American national security’ Salmagundi: a quarterly of the humanities & social sciences 101-102 [Winter/Spring 1994] , p.182-211: http://0-literature.proquest.com.fama.us.es/searchFulltext.do?id=R01512115&divLevel=0&area=abell&forward=critref_ft
7 Rebuilding America’s Defences full report available here: http://www.informationclearinghouse.info/pdf/RebuildingAmericasDefenses.pdf and wikipedia page on PNAC RAD: https://en.wikipedia.org/wiki/Project_for_the_New_American_Century#Rebuilding_America.27s_Defenses
8 "Rebuilding America's Defenses" – Blueprint of the PNAC Plan for U.S. Global Hegemony, Summary by Bette Stockbauer; ‘Some people have compared it to Hitler's publication of Mein Kampf, which was ignored until after the war was over’ http://www.informationclearinghouse.info/article3249.htm
9 Page 57 of the report and 69 of the pdf: http://www.informationclearinghouse.info/pdf/RebuildingAmericasDefenses.pdf
10 Page 60 of RAD pg 72 of pdf: http://www.informationclearinghouse.info/pdf/RebuildingAmericasDefenses.pdf
11 Page 67 RAD or 79 of the pdf: http://www.informationclearinghouse.info/pdf/RebuildingAmericasDefenses.pdf
12 Pages 50 and 51 of RAD and 62-63 of the pdf.
13 Greg Rzesniowiecki evidence: http://www.parliament.nz/en-nz/pb/sc/documents/evidence/51SCFDT_EVI_00DBHOH_BILL60721_1_A414326/greg-rzesniowiecki and oral presentation supplementary 1: http://www.parliament.nz/en-nz/pb/sc/documents/evidence/51SCFDT_EVI_00DBHOH_BILL60721_1_A414277/greg-rzesniowiecki-supp-1
14 Breaking the Silence, watch it here – must watch made in 2004 and shows clearly the illegality of the War on Terror waged by the US and the coalition of the willing: http://topdocumentaryfilms.com/breaking-the-silence/
15 http://topdocumentaryfilms.com/breaking-the-silence/ I recommend that you watch the film so you apprehend the thesis offered for it is valid and actionable.
16 It is well established the US is a war criminal. The issue is ‘what to do about it?’ Can we carry on being an ally and trading partner to the largest despot on the planet, one who is world policeman in Pax Americana? Who can continue and maintain their professed status as a humanitarian, following humanitarian law?
17 http://www.commondreams.org/news/2012/05/13/war-tribunal-finds-bush-cheney-guilty-war-crimes and this on the Kuala Lumpur War Crimes Commission and history: https://en.wikipedia.org/wiki/Kuala_Lumpur_War_Crimes_Commission
18 The Nuremberg Trials only considered a few of the possible candidates. Many German professionals and military personnel were uplifted to the USA in Operation Paperclip: https://www.cia.gov/library/center-for-the-study-of-intelligence/csi-publications/csi-studies/studies/vol-58-no-3/operation-paperclip-the-secret-intelligence-program-to-bring-nazi-scientists-to-america.html

Values based public interest is needed in public policy settings.

Trade and Investment treaties cross over into many areas of public policy and have geopolitical implications, trade, war, inequality, sovereign and community rights.

I work as a public advocate to stop the TPP, Regional Comprehensive Economic Partnership (RCEP) and Trade in Services Agreement (TiSA) from wrecking our nation and planet.

My only income is from public donations.

To sustain Greg continue this work contribute to Kiwibank account: