Why Vaccine Passports 101 - Is "papers please" a health or economic imperative?

In considering the title of any piece of writing it sometimes helps to cut to the bone.
I could have asserted "Vaccine Passports 101 "Papers please" is not a health imperative it's an economic necessity."
Vaccine Passports are a richman's trick.
https://en.wikipedia.org/wiki/Your_papers,_please
To move from raising a legitimate question to confidently make the assertion requires evidence and testimony of credible observers and/or researchers and/or whistleblowers (one of the reasons for whistleblower protection law is to encourage disclosure of criminality or malfeasance).
Where the assertion is proved and the cabal of folk participating in the global health syndicate have hijacked real health to implement an agenda in an undemocratic manner - global coup, the national governments including the New Zealand Government is likely guilty of treason to the New Zealand people where it colludes to strip New Zealand of its free and democratic tradition and impose a new social and political order by decree and trick. 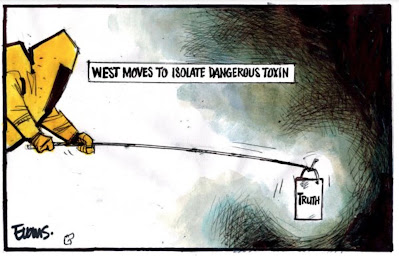 NZ's Government is using deception to deliver New Zealand and its people into the globalists trap.
These are serious charges.
I offer my view conscious of the power of those parties who in NZ manifest the Jabberwokey cult of pretend scientism and propagandise the credulous and fearful in the population or team of 5 million.
NZ's Government have coerced and mandated large segments of the public sector workforce into being injected with Pfizer's mRNA gene therapy.
Please support this petition to the NZ Parliament; "Amend Section 5 and add a new section 5A to the NZ Bill of Rights Act 1990"
https://www.parliament.nz/en/pb/petitions/document/PET_117877/petition-of-greg-rzesniowiecki-amend-section-5-and-add 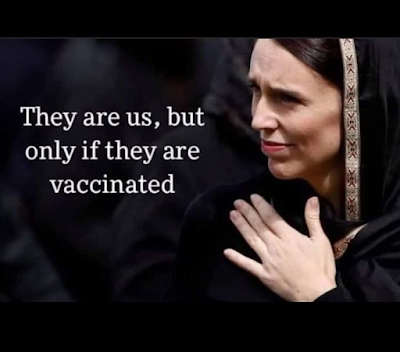 The injectable is increasingly known as "not safe and not effective"
Pfizer's mRNA injectable is toxic and severely inflammatory in its action in the human body specifically the vascular system with tragic results for thousands either through severe injury and in NZ many hundreds dead post jab.
Abstract 10712: "Mrna COVID Vaccines Dramatically Increase Endothelial Inflammatory Markers and ACS Risk as Measured by the PULS Cardiac Test: a Warning," by Steven R Gundry
Originally published 8 Nov 2021 Circulation. 2021;144:A10712
https://www.ahajournals.org/doi/10.1161/circ.144.suppl_1.10712
The requirement for boosters is a direct demolition of the notion "that mRNA Covid-19 injectables provide sterilising immunity to Covid-19 infection or symptoms or even death.
Pfizer's Covid jab doesn't provide sterilising immunity - which is even explicit in Pfizer's trial data.
Data from numerous jurisdictions indicate that Covid-19 injectables are failing to protect those injected.
Third strike is the fact that all other treatment options were banned and discredited by the joint forces of governments, mainstream media news reports, and preferred academics who all parroted the lie there was no alternative cure. These are the same liars that uttered "two weeks to flatten the curve."
Early treatment works and NZ's Government knows that
https://indianexpress.com/article/cities/lucknow/uttar-pradesh-government-says-ivermectin-helped-to-keep-deaths-low-7311786/
World Council for Health early treatment guidelines:
https://worldcouncilforhealth.org/resources/early-covid-19-treatment-guidelines-a-practical-approach-to-home-based-care-for-healthy-families/
We've been lied to by those in authority all the way through the Covid saga or phenomena.
The mantra "safe and effective" as testified by the  Prime Minister Ardern is a direct lie.
The same PM  uttered "no we won't be mandating the vaccine in New Zealand" in the year of Our Lord 2020.
How can any sane person think that the Vaccine Passports are proposed as a temporary measure?
NZ Covid Traffic Light scheme plan to deliver Vaccine Passports to the whole population
The NZ traffic light system is in effect coercing businesses to be the Government's enforcement arm for their Covid Trojan Horse scam on behalf of Mr Big and the global health syndicate.
Small and medium enterprises ought take stock that they may be complying their way to their own destruction.
Private employers and those monopolies such as in plane flights, Air New Zealand are themselves mandating only vaccinated may travel on its flights, or participate in their business or enterprise, and are mandating all employees take the mRNA injectable.
New Zealand's Government has done everything it 'reasonably' (though I argue unlawfully see petition in my name) could to get New Zealander's jabbed and into the Vaccine Passport scheme.
To assist the case this report is in respect to the global health syndicate and their objectives in using the Covid Trojan horse to implement full spectrum human health and data securitisation. Most of the information is now publicly available. 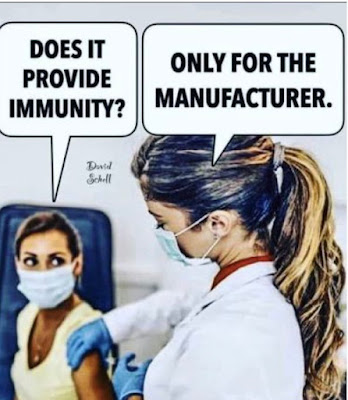 A few fundamentals such as the contract big pharma corps demand governments sign are yet to be fully disclosed though we do have representative examples that are credible and likely similar to that which NZ's Government signed with Pfizer;
https://ehden.substack.com/p/pfizerleak-exposing-the-pfizer-manufacturing-and-supply-agreement-day-12
Why Vaccine Passports 101
Melissa Ciummei summarises the case from her perspective as an investor and ethical human being - she is excellent.
Melissa Ciummei, a financial investor from Northern Ireland, has serious concerns that injection passports will be used more like data passports to control participation in society.
She asserts that this passport system was manufactured in order to help bring about a financial reset, replacing our failing fiat currency system.
Because passports are so crucial for the successful implementation of this new financial system, mandatory vaccination of all citizens, young and old, will be imperative for the plan to succeed.
https://www.youtube.com/watch?v=u11I8Jh-CsM
Melissa Ciummei web search https://duckduckgo.com/?q=Melissa+Ciummei&ia=web
Following are links to more material gathered by analysts and researchers sceptics of the Corona narrative who have dug into aspects of the Covid scam.
The global health syndicate revealed - "Analysis of the Corona network"
Link is to a 169 page pdf of the various public, private and NGO or philanthropic organisations involved with Corona or promoting "vaccination as cure to everything" shows connections between the Gates Foundation, Wellcome Trust, WHO, GAVI and other NGOs and Big Pharma... It contains round about 6500 objects including like Persons, NGOs, Companies, Documents, etc. It also includes more than 7200 links between them. All information is publicly available;
https://stateofthenation.co/wp-content/uploads/2021/09/Analysis-of-Corona-NETWORK.pdf
"Health Emergency or Seizure of Power"  by Kees Van der Pijl 2020, NewColdWar.org
https://www.academia.edu/42867146/Health_Emergency_or_Seizure_of_Power
Dr David Martin The Fauci Dossier
https://www.davidmartin.world/wp-content/uploads/2021/01/The_Fauci_COVID-19_Dossier.pdf
A summary version of The Fauci Dossier
https://www.corona-ausschuss.de/wp-content/uploads/2021/07/FauciDossierWordFileText.pdf
Berlin Corona Committee
Corona Investigative Committee English website:  https://corona-ausschuss.de/en/
Since mid-July 2020, the Corona Committee has been conducting live, multi-hour sessions to investigate why federal and state governments imposed unprecedented restrictions as part of the Coronavirus response and what the consequences have been and still are for people.
Dr. Reiner Fuellmich, an experienced trial lawyer licensed in Germany and California (USA) and co-founder of the Berlin Corona Committee, summarizes the Committee's findings to date and takes stock of the situation, published September 16th, 2021. Reiner refers to the global health syndicate as "Mr. Global."
https://odysee.com/@Corona-Investigative-Committee:5/Reiner-Fuellmich-Introduction-English_BestCut:e
Follow the Money
The above are further partnered and connected in the following analysis by Fabio Vighi

Follow the money
In pre-Covid times, the world economy was on the verge of another colossal meltdown. Here is a brief chronicle of how the pressure was building up:
June 2019: In its Annual Economic Report, the Swiss-based Bank of International Settlements (BIS), the ‘Central Bank of all central banks’, sets the international alarm bells ringing. The document highlights “overheating […] in the leveraged loan market”, where “credit standards have been deteriorating” and “collateralized loan obligations (CLOs) have surged – reminiscent of the steep rise in collateralized debt obligations [CDOs] that amplified the subprime crisis [in 2008].” Simply stated, the belly of the financial industry is once again full of junk.
9 August 2019: The BIS issues a working paper calling for “unconventional monetary policy measures” to “insulate the real economy from further deterioration in financial conditions”. The paper indicates that, by offering “direct credit to the economy” during a crisis, central bank lending “can replace commercial banks in providing loans to firms.”
15 August 2019: Blackrock Inc., the world’s most powerful investment fund (managing around $7 trillion in stock and bond funds), issues a white paper titled Dealing with the next downturn. Essentially, the paper instructs the US Federal Reserve to inject liquidity directly into the financial system to prevent “a dramatic downturn.” Again, the message is unequivocal: “An unprecedented response is needed when monetary policy is exhausted and fiscal policy alone is not enough. That response will likely involve ‘going direct’”: “finding ways to get central bank money directly in the hands of public and private sector spenders” while avoiding “hyperinflation. Examples include the Weimar Republic in the 1920s as well as Argentina and Zimbabwe more recently.”
22-24 August 2019: G7 central bankers meet in Jackson Hole, Wyoming, to discuss BlackRock’s paper along with urgent measures to prevent the looming meltdown. In the prescient words of James Bullard, President of the St Louis Federal Reserve: “We just have to stop thinking that next year things are going to be normal.”
15-16 September 2019: The downturn is officially inaugurated by a sudden spike in the repo rates (from 2% to 10.5%). ‘Repo’ is shorthand for ‘repurchase agreement’, a contract where investment funds lend money against collateral assets (normally Treasury securities). At the time of the exchange, financial operators (banks) undertake to buy back the assets at a higher price, typically overnight. In brief, repos are short-term collateralized loans. They are the main source of funding for traders in most markets, especially the derivatives galaxy. A lack of liquidity in the repo market can have a devastating domino effect on all major financial sectors.
17 September 2019: The Fed begins the emergency monetary programme, pumping hundreds of billions of dollars per week into Wall Street, effectively executing BlackRock’s “going direct” plan. (Unsurprisingly, in March 2020 the Fed will hire BlackRock to manage the bailout package in response to the ‘COVID-19 crisis’).
19 September 2019: Donald Trump signs Executive Order 13887, establishing a National Influenza Vaccine Task Force whose aim is to develop a “5-year national plan (Plan) to promote the use of more agile and scalable vaccine manufacturing technologies and to accelerate development of vaccines that protect against many or all influenza viruses.” This is to counteract “an influenza pandemic”, which, “unlike seasonal influenza […] has the potential to spread rapidly around the globe, infect higher numbers of people, and cause high rates of illness and death in populations that lack prior immunity”. As someone guessed, the pandemic was imminent, while in Europe too preparations were underway (see here and here).
18 October 2019: In New York, a global zoonotic pandemic is simulated during Event 201, a strategic exercise coordinated by the Johns Hopkins Biosecurity Center and the Bill and Melinda Gates Foundation.
21-24 January 2020: The World Economic Forum’s annual meeting takes place in Davos, Switzerland, where both the economy and vaccinations are discussed.
23 January 2020: China puts Wuhan and other cities of the Hubei province in lockdown.
11 March 2020: The WHO’s director general calls Covid-19 a pandemic. The rest is history.
Joining the dots is a simple enough exercise. If we do so, we might see a well-defined narrative outline emerge, whose succinct summary reads as follows: lockdowns and the global suspension of economic transactions were intended to 1) Allow the Fed to flood the ailing financial markets with freshly printed money while deferring hyperinflation; and 2) Introduce mass vaccination programmes and health passports as pillars of a neo-feudal regime of capitalist accumulation. As we shall see, the two aims merge into one.

Read the rest of the analysis here:
https://thephilosophicalsalon.com/a-self-fulfilling-prophecy-systemic-collapse-and-pandemic-simulation/
If one is not part of the solution one is complicit in the crime of the millennium the formal enslavement of humanity to the masters of the universe.
If you feel this is important please support this petition to the NZ Parliament; "Amend Section 5 and add a new section 5A to the NZ Bill of Rights Act 1990"
https://www.parliament.nz/en/pb/petitions/document/PET_117877/petition-of-greg-rzesniowiecki-amend-section-5-and-add
Explanation of the proposed amendment in this blogger:
https://values-compasspointsinaposttruthworld.blogspot.com/2021/11/fix-section-5-of-nz-bill-of-rights-1990.html 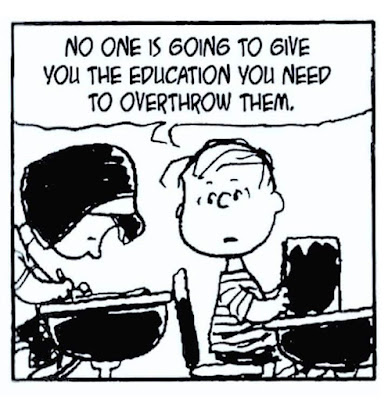 What future do you want for your children?
Papers please or.. 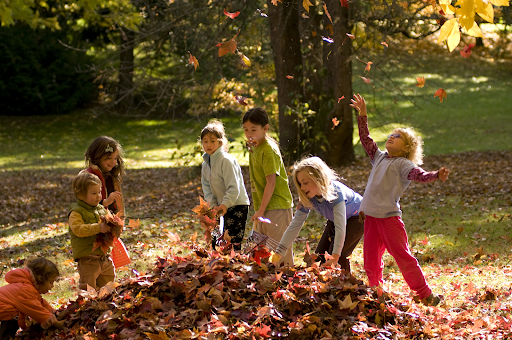 Values based public interest is needed in public policy settings

Freedom is under attack in many spheres of public life

I've been sceptical regarding Trade and Investment treaties as they cross over into many areas of public policy and have geopolitical implications, trade, war, inequality, sovereign and community rights.